I’ve been chided for not posting here more frequently. I’ve been busy with other things.

The Variety review has some issues, but I include it here just because it says “Cardona is handsome — bedroom eyes, chiseled smile — and in the movie his stoically sexy features are set off by a rather extreme fade haircut: shaved all the way up on the sides, but longish and combed on top, like an oil-slicked Mohawk.” um, ok.
also: 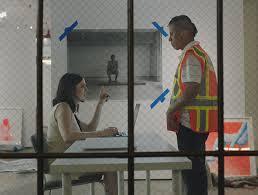 I ran into Fernando on the train in perfect time to find out about the World Premiere of En el Séptimo Día at BAM next weekend, centerpiece of the BAMcinemaFest. I’m so excited to finally see it. There are still a few tickets left, don’t miss out!

The February/March 2017 issue of The Poetry Project Newsletter is online now. 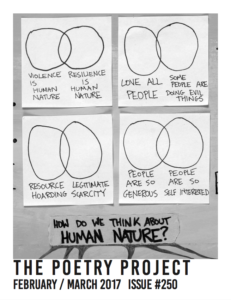 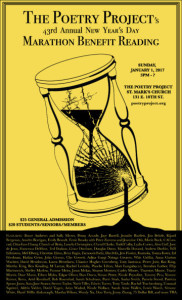 2016 is almost over! Believe it!
All this will soon be behind us. And what better way to celebrate the new year than with a poetry marathon?

I have the great honor of reading this year at the Poetry Project’s 43rd Annual New Year’s Day Marathon.

Come through. I’ll be there some time along with lots of other wonderful poets & musicians.

If you’re interested in getting involved behind the scenes and getting into the Marathon for FREE, consider volunteering two hours of your time to help to make the event happen. Email lh@poetryproject.org for more information or to sign-up. 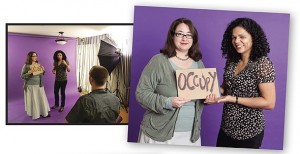 This Library Journal thing happened, which is very cool. We’ve been named Movers & Shakers for 2012. They shouted out Mandy, Michael & I but obviously, the library is the glorious manifestation of the hard work of everyone who’s helped build The People’s Library and kept it going through the winter. Mad props to everybody who ever helped out. And thank you, Library Journal for noticing.

Also, it’s National Poetry Month. I’ve got a few poems out in this month’s Brooklyn Rail.

I spent time yesterday at the Department of Sanitation digging through the rubble of what was left from Liberty Park. It was the second day I’ve spent doing it. The NYPD officers there know me by now and we’re friendly enough to chat to help pass the time. I was asked more than once why more people hadn’t shown up for their stuff. I didn’t have a good answer. Maybe they don’t know about it or maybe it’s too difficult to get here. Others posit that we’re just too lazy to get it together to get uptown or maybe we don’t want to be in the system because we’ve got priors or something to hide. 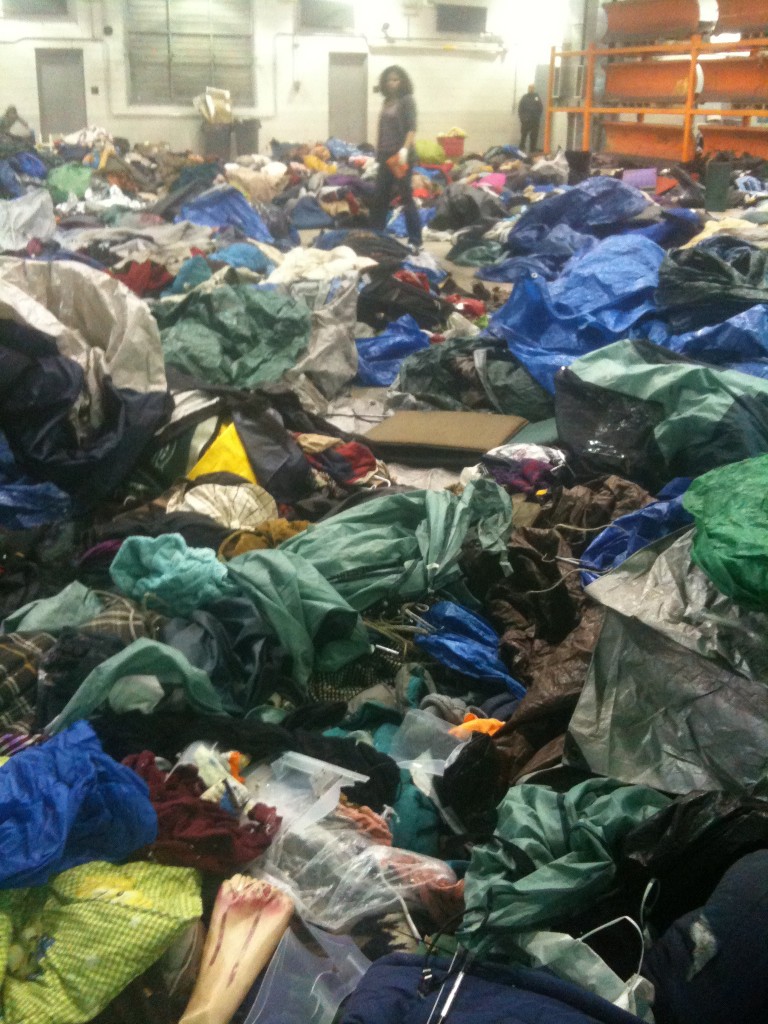 When I move to file a claim against the city, my underlying need is for some retribution, some justice. I want my whole community back, but it can’t be bought with monies paid out by the city comptroller. What I mourn is the destruction of the love and goodwill that was embodied in the creation and daily life of Liberty Park. 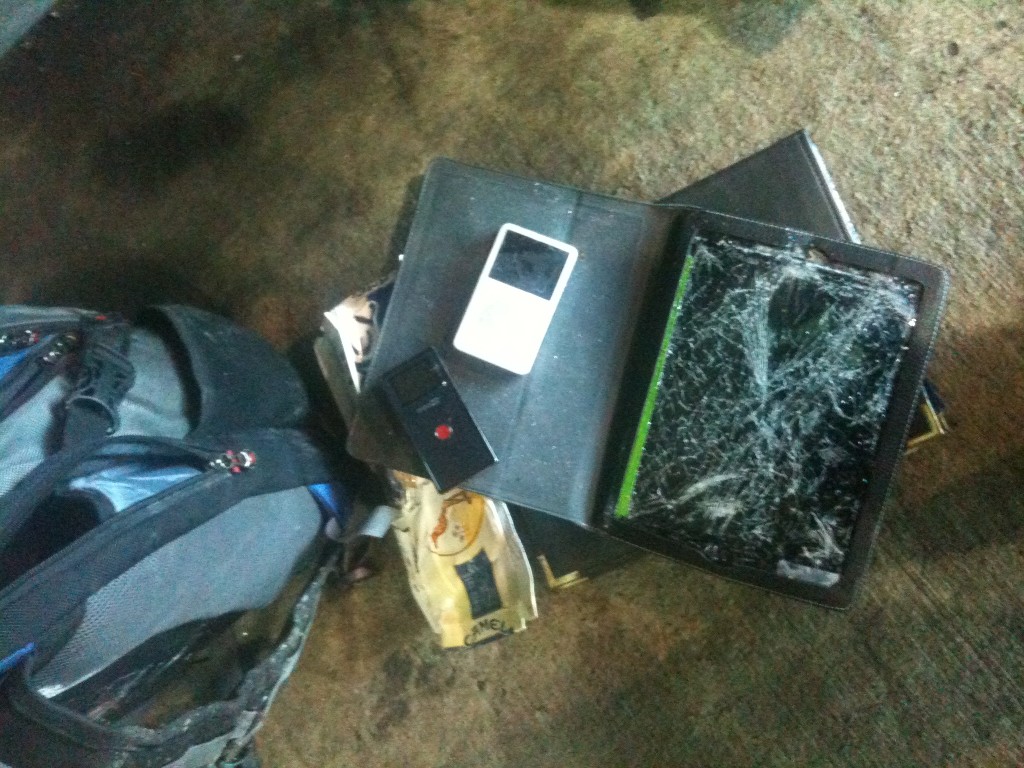 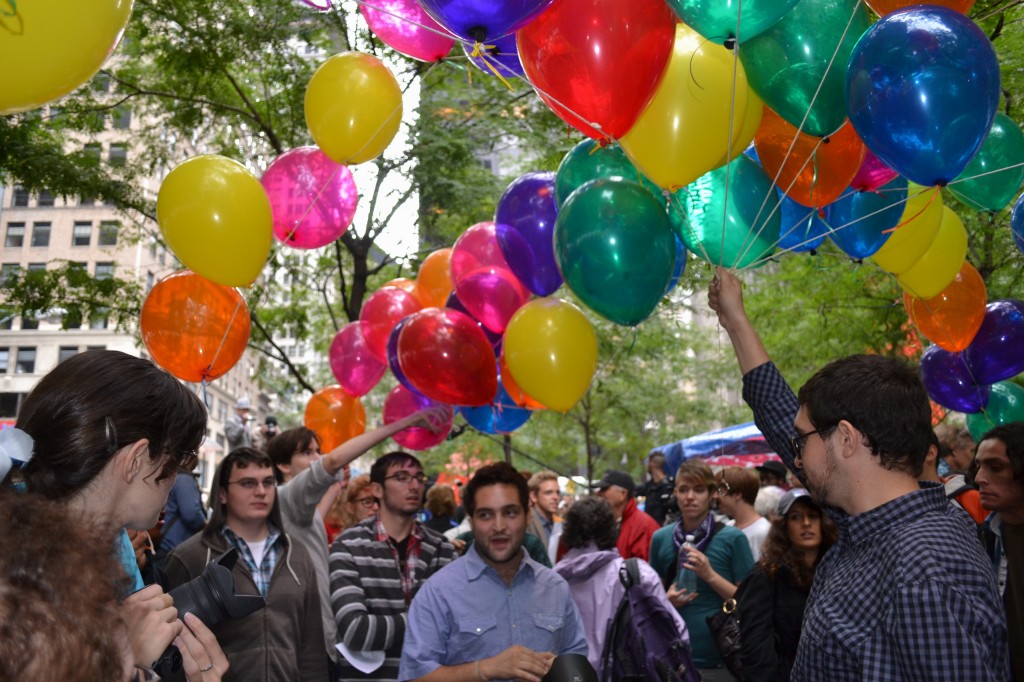 “our voices together and our stories combined give us hope from despair and build strength in our multitudes.”

Please join us, wherever you are, in whatever way you can.

Originally, I just swiped your tag @marykvalle and @JeffSharlet– Bloomberg Bibliocide– but only because it’s so lovely. Thank you for it. Bibliocide. But it could be meaning the degradation of the book’s narrative when re-cast as a film. It could also sound like we’re calling for his death by books. Maybe biblioklept instead? I’ll change it here, but know please, in my heart that I love you and your tags.

Here are some links:

The Stranger: http://slog.thestranger.com/slog/archives/2011/11/16/nypd-didnt-realize-that-you-can-damage-books-by-throwing-them-around (Yes, that’s a Bible on top of the pile) 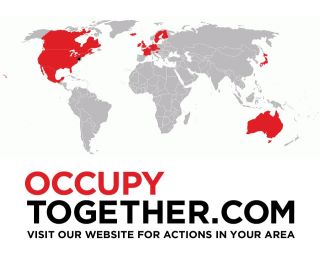