Was feeling a bid judgey with that last post & all the conversations around what constitutes activism. I can cling very tightly to my own views. I’m grateful to be in community that allows me my struggles and supports my accountability and growth in the process. A friend shared a Dharma talk from Yanai Postelnik that helped me shift some of my thinking around the issue. “Love in the time of extinction” is available here on Dharma Seed.

I was feeling frustrated that what people call activism doesn’t seem like activism to me and that in these times stakes are high and more is necessary from all of us– more responsibility, more accountability, more action. That was my view. It might still be my view actually, but I can see now that what I consider effective action may not be possible or even desirable for everyone. We’re all coming from different places with different circumstances and different views.

I was lucky enough to attend another Civil Disobedience training yesterday with friends I respect and admire who’ve been at it for a minute (Seabrook, ACT UP) and really know the ropes. The training started by asking us to write down what we thought of when we thought of nonviolence. It was immediately evident how wildly different people’s perceptions of nonviolence are. Which brings up questions– what are we committing to when we commit to nonviolence, what are we assuming about others? Even when we use the same words and ostensibly share the same intentions, we may mean completely different things.

Gene Sharp cataloged 198 methods of nonviolent action (all analog.) Reading through the list made my heart soar again and reminded me that there is a lot more that can be done under the umbrella of nonviolence than sign petitions, make calls, march, picket, lobby, occupy, teach-in, die-in, banner drop, boycott. Lots more.

I honor diversity of tactics and enjoyed brushing up on NVCD. AND I was also one of very few PoC in a mostly white room and very aware of the fact that how police bodies interact with black and brown bodies is very different from their interactions with white bodies. (The gentle handling by police of the latest white terrorist is just the most recent example.) So when it comes to risking arrest, I’m happy to let the allies do it. I’m not trying to go through the system because I already know that my experience would likely be very different. (Sandra Bland wasn’t released after a few hours.)

So what is nonviolence to me right now? My word was equanimity. Confronting unethical behavior, the unreasonable requests of those with institutional power, unjust systems– all the challenges we face now– with solidarity, compassion, recognizing our common humanity: that takes mad equanimity. I aspire to that. There’s flexibility in it, agility, responsiveness. Brick to window? Throwing our bodies upon the gears of the machine? Yes, absolutely if that’s what’s called for. Buddhists call this skillful means, upaya, in Sanskrit.

Accountability is what I keep coming back to. I need to be able to answer for myself, accept the consequences of my actions. Answer to my own conscience, to my ancestors, to future generations, to the people I live and work with, to my communities. I extend community to all who breathe, all who walk, roll, crawl or slither the earth, swim in the waters, fly through the air. We’re all one being, interconnected. Indra’s net. I choose nonviolence.

Recognizing and honoring this interbeing and shifting the ways we are in relationship with each other (& with ourselves) is a practice of nonviolence. A practice of revolution.

“A non-violent revolution is not a program of seizure of power. It is a program of transformation of relationships, ending in a peaceful transfer of power.” –Gandhi, Non Violence in Peace and War 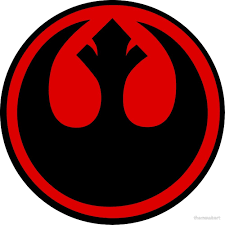 Is there a better advertisement for the cultivation of mindfulness practices than the latest Star Wars installment, The Last Jedi? Luke’s final showdown!!?! Brilliant.

I haven’t found a clip to share of the part where Rey articulates the truth of interconnection / interdependence and realizes that the Force is about more than just lifting rocks, but if I find it I’ll post it here. It was lovely, and true.

Here in this galaxy, if you have an interest in cultivating your own practices of meditation and mindful awareness, I’m happy to recommend The Interdependence Project’s Meditation Teacher Training program in NYC. They’re accepting applications until January 5, 2018. I’m grateful to have been part of the 2017 cohort and am happy to talk about my experiences in the program if anyone has questions.

How will we build a rebellion? We have everything we need.